I'm having a ball cooking up shows and things for MoKC, my Artist-in-Residence at the Kennedy Center. Here's what's coming up: 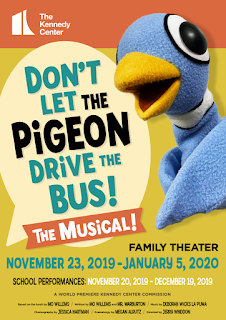 DON'T LET THE PIGEON DRIVE THE BUS! THE MUSICAL!

Performances For Young Audiences
Whatever you do, don’t let the Pigeon star in his own musical production! Starring an innovative mix of actors, puppets, songs, and feathers, this world premiere Kennedy Center commission features a script by Mo Willems, creator of the best-selling “Pigeon” picture books, along with Muppet Babies executive producer Mr. Warburton, plus music by Deborah Wicks La Puma, the composer of Elephant & Piggie’s We Are in a Play!
Tickets are on sale now.  They're selling fast, so get yours while you can!

The show will be touring the nation in 2020 on both coasts and in-between.  The schedule is here. If the show is near your town, why not bring a kid to the theater?  You'll both be glad you did. 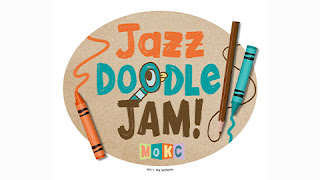 JAZZ DOODLE JAM! featuring JASON MORAN and THE BANDWAGON!  Hosted by Mo Willems with art and doodles by YOU!

“When we doodle, that means as much as when we riff. That riff means as much as the melody, and that melody means as much to us as life.”
—Jason Moran
Jazz Doodle Jam! is an intimate jazz concert where you collaborate with the band! Sit down at a table covered with paper, grab a marker or crayon, and join host and Education Artist-in-Residence Mo Willems for a new kind of participatory musical experience. Kids and grown-ups doodle to music played onstage by Jason Moran and The Bandwagon. The band reacts and improvises to the audience’s explorations, jamming together with pictures and music, blurring the lines between artists and audience. All ages welcome!

Cannot tell you how excited I am to be working on this first of its kind Jazz/Doodle Jam with Mr. Moran and his band.  A big experiment, starring you and your crayon. 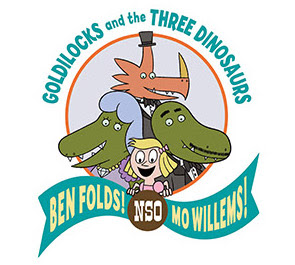 A little farther out, both in time and concept is a symphonic rendition of GOLDILOCKS AND THE THREE DINOSAURS, my collaboration with the National Symphony Orchestra and Ben Folds that will be performed in April of 2020.

Get your Tickets  here!

You can go to the MoKC site to learn more about some the events, programs, and outreach that MoKC has planned for the next 2 years. 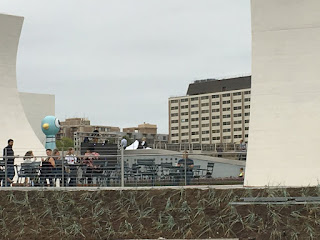 If you happen to be visiting the Kennedy Center, why not visit the Moonshot Studio in the new extension campus, The REACH?  There are lots of fun, hands on activities in this maker-space, including learning to draw and animate The Pigeon and his pals.  Speaking of The Pigeon, a 27-ft tall inflatable Pigeon is at the REACH! Can you find him? 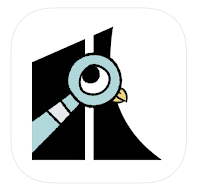 You can also download this App where The Pigeon tries to be a tour guide all around the KC.  Do you think he knows what he's talking about? 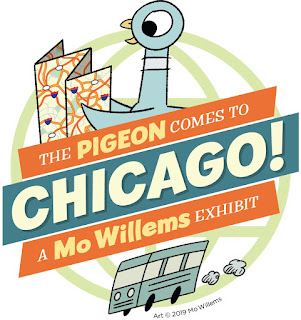 This interactive, immersive experience filled with games, drawing, animation and much Mo' runs at the  Chicago Children's Museum  thru Jan. 2020! 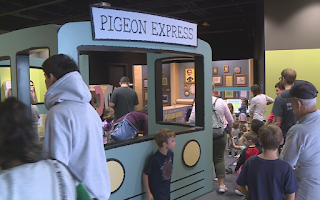 There are many fun experiences for you and your family to enjoy. 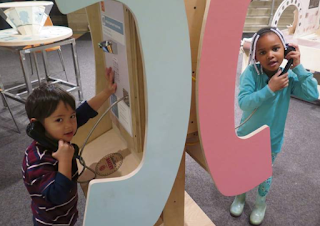 Hopefully, it will spark the whole family to start writing and drawing together. 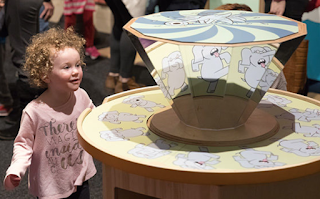 I hope you'll have fun when you visit. 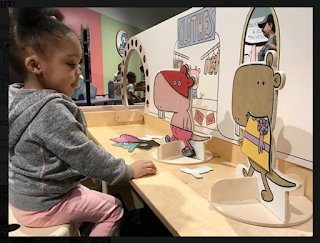 You can read about the process behind the exhibit HERE. 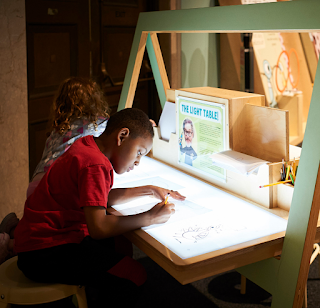 Interested to know if The Pigeon will be coming to your town?
This site has the latest on the exhibit's schedule.

There are more exhibits: 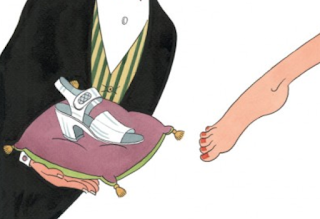 For this exhibition, guest curator H. Nichols B. Clark, Founding Director and Chief Curator of the Eric Carle Museum of Picture Book Art Emeritus, has deflected textual considerations and focused on the broad array of imagery; the central premise is to consider the three tales and upend the status quo of traditional depictions. The work of nineteenth and early twentieth-century masters such as George Cruikshank, Walter Crane, and L. Leslie Brooke will provide examples of classic styles and interpretations that influenced numerous traditional artists such as Marcia Brown, Paul Galdone, Barbara McClintock, and Jerry Pinkney. These orthodox images will be juxtaposed with unconventional interpretations, such as the more experimental and edgy visions exemplified by the art of Steven Guarnaccia, James Marshall, Lane Smith, William Wegman, David Wiesner, and Mo Willems.
Illustrations, explored as signifiers of time and culture, reveal the extraordinary versatility inherent in the stories. Rich multicultural readings, such as those from China (Ed Young), the Spice Islands of Indonesia (Reynold Ruffins), the Caribbean (Brian Pinkney), Russia (Anita Lobel), and Mexico (Tomie dePaola) underscore the notion that these treasured stories live visually in many different forms and lend themselves to surprisingly diverse interpretation.
FULL DETAILS HERE.

In 2019, R. Michelson Galleries is celebrating our 40th anniversary and 30th Annual Illustration Celebration.  In that time we have seen our artists garner 16 Caldecott Medals and 35 Caldecott Honor Awards. We are proud to be recognized as the premier gallery for picture book illustration and the first venue in the country to feature illustration on an equal footing with “fine art.”

This is always a big, fun show packed with a great variety of wonderful illustration. 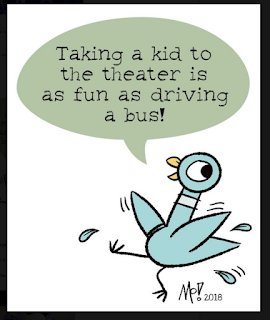 In addition to DON'T LET THE PIGEON DRIVE THE BUS! THE MUSICAL at the Kennedy Center (see above) here's what's running now: 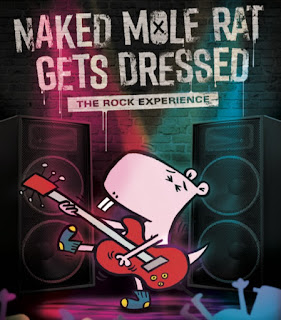 at Stauffacher Center For The Arts 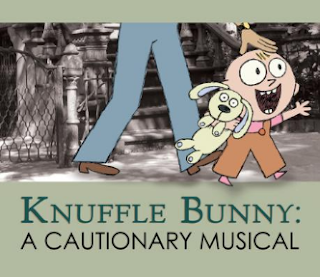 
Thanks to you, both An ELEPHANT & PIGGIE BIGGIE BIGGIE! and Who is the Mystery Reader? debuted on the New York Times Bestseller List, joining The Pigeon HAS to Go to School!
Thanks, you.
You can get signed books and all new Mo things at the Eric Carle Museum Bookshop.